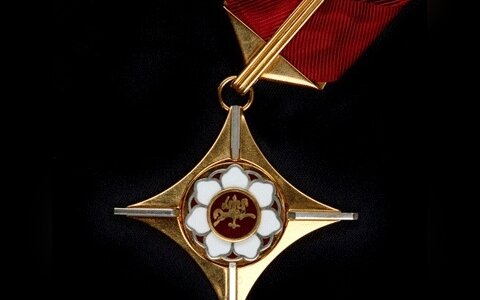 The crew of the Lokis play triumphed at the Lithuanian Golden Cross of the Stage awards in Kaunas on Tuesday, winning four awards including one to director Lukasz Twarkowski.

Staged at the Lithuanian National Drama Theater, Lokis won the awards for the best director, the best female performance by Airida Gintautaitė of actress Marie Trintignant.

Actor Vytautas Anužis was awarded for the best male play as Nathan in Nathan The Wise directed by Gintaras Varnas.