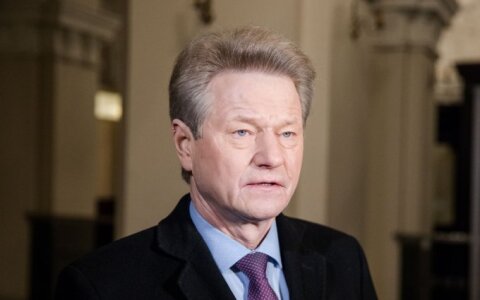 A draft constitutional amendment to allow Lithuania's impeached former president, Rolandas Paksas, to run both in parliamentary and presidential elections passed the first reading in the Seimas on Tuesday.

Seventy-nine members of the parliament voted in favor of the amendment, 23 voted against and 19 abstained.

Paksas has been barred from running for either president or parliament since his impeachment back in 2004.