Ahead of expulsion of diplomats, Russian ambassador summoned to Ministry of Foreign Affairs 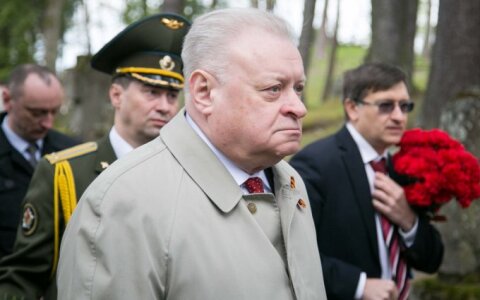 The move came, as some of the countries of the European Union (EU) are about to announce expulsion of Russian spies operating under the disguise as diplomats.

"I can confirm that the ambassador has been summoned to the Ministry of Foreign Affairs. We will tell about the content later," Rasa Jakilaitienė, spokeswoman for Lithuania's foreign minister, told BNS on Monday.

Lithuania and some other EU countries may reportedly announce early this week about expulsion of Russian diplomats in response to the poisoning of a former Russian double agent in Great Britain.

The State Security Department says that persons linked with Russian intelligence services account for a third of Russia's diplomatic personnel in Lithuania.

Ahead of expulsion of diplomats, Russian ambassador summoned to Ministry of Foreign Affairs