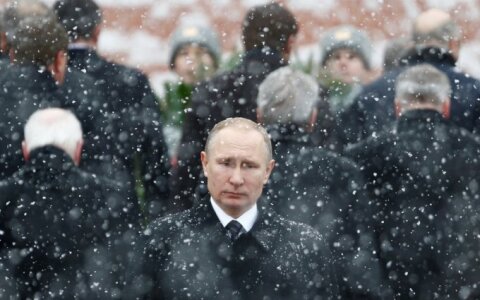 The reaction of the Baltic states on re-election of Vladimir Putin as Russia's president has split – Estonia's president sent a congratulatory message to Moscow, while Lithuania's leader decided to refrain.

"Until Russia demonstrates no respect to principles of international law and undermines rights and interests of other countries, we will refrain from congratulatory messages," the Lithuanian president's press service told BNS on Tuesday.