President urges MPs to work together, sees no chance for early election 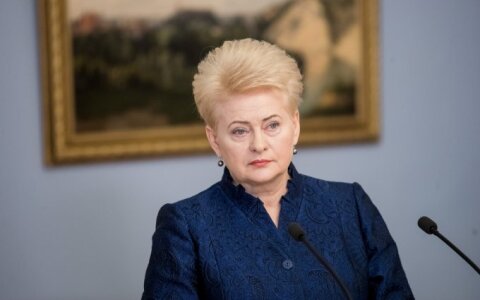 Lithuanian President Dalia Grybauskaitė calls on members of the Seimas to come together for joint work as she does not think that it is possible to hold an early parliamentary election, her adviser said on Tuesday.

Mindaugas Lingė told Žinių Radijas that the president favored "dialog and political stability in the country".

The presidential adviser spoke several hours before the start of the parliament's plenary session in which the opposition's proposal to hold an early general election on Jun. 3

President urges MPs to work together, sees no chance for early election