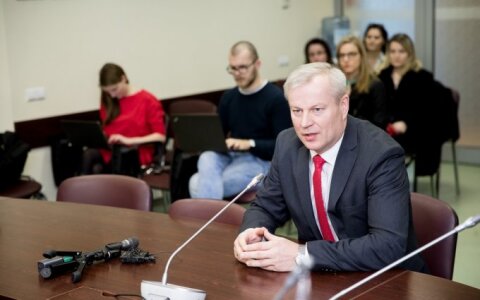 Lithuania's Central Electoral Commission on Monday voted unanimously to revoke the mandate of Mindaugas Bastys as a member of the Seimas, with the decision to take effect on Wednesday.

The lawmaker announced his resignation last week, shortly after the Seimas failed to impeach him.

Bastys won his mandate in the Zanavykų single-mandate constituency, which includes Šakiai and a few polling stations in the districts of Kaunas and Vilkaviškis.