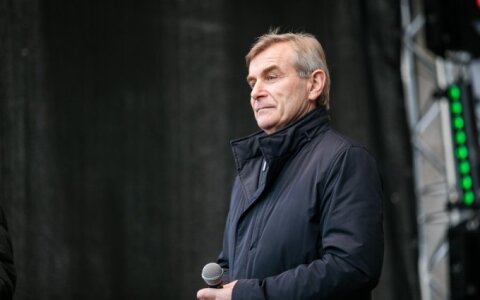 Viktoras Pranckietis says that he has support in the parliament and is not considering stepping down as the speaker of the Seimas, playing down the ruling party leader's hint that he should do so as emotion-driven.

"The party's chairman apparently just let his emotion out. This was not discussed and nobody is discussing this. Perhaps there was a misunderstanding. (Ramūnas) Karbauskis is not the only one who decides," Pranckietis told Lietuvos Rytas TV.

"I'm sure it was an emotion, given that pressure