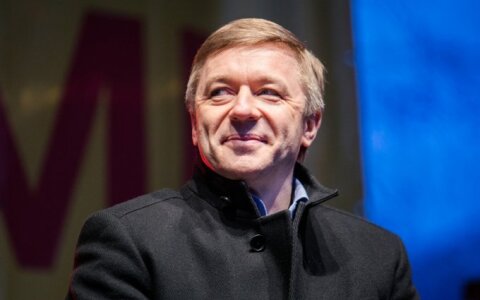 Ramūnas Karbauskis, the leader of the Lithuanian Farmers and Greens Union (LFGU), has said that Viktoras Pranckietis, the speaker of the Seimas, may step down if he is ashamed of some members of the parliament.

"Perhaps he (Pranckietis) isn't used to such public reaction. If he's ashamed, it is we who elect the speaker in the Seimas and we can elect a new speaker. If he's ashamed, he has to resign," Karbauskis told participants of Thursday’s protest rally outside the parliament building in Vilnius.