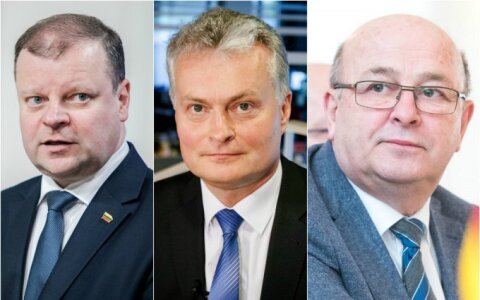 Economist Gitanas Nausėda continues to top the list of people viewed as possible candidates for next year's presidential election in Lithuania, according to an opinion poll released by Delfi.lt on Thursday.

Some 20.4 percent of respondents said in late February they would vote for Nausėda.

Another 11.7 percent would support Kaunas Mayor Visvaldas Matijošaitis and 9.3 percent named Prime Minister Saulius Skvernelis as their choice for president.