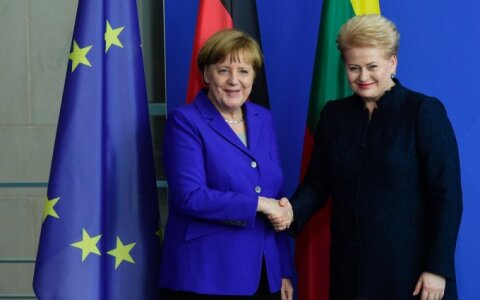 "Dalia Grybauskaitė stated that, beyond doubt, this meant an appreciation of her committed work for the people of Germany. Responsible leadership and courage of Angela Merkel is of importance to entire Europe in addressing the most pressing economic and security challenges as well as in building