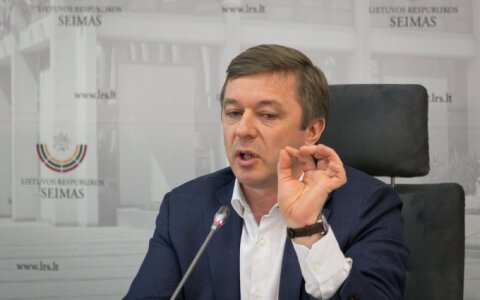 Ramūnas Karbauskis, the leader of the ruling Lithuanian Farmers and Greens Union, has accused the opposition conservatives for the parliament's decision to keep the MP mandate for Mindaugas Bastys.

Karbauskis said he got suspicions after public statements by the conservative Homeland Union – Lithuanian Christian Democrats that they would not support Bastys in Tuesday's secret ballot.

"I believe the conservatives had consciously plotted a provocation to accuse us now. The accusations