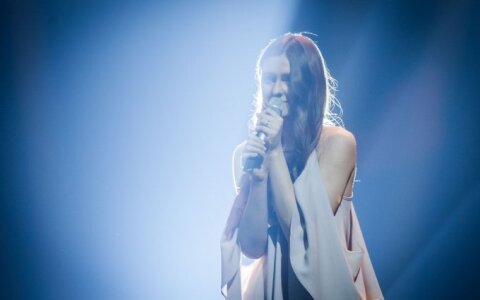 Singer Ieva Zasimauskaitė with a lyrical song When We're Old has been picked as this year's Lithuanian entry for the Eurovision Song Contest that will take place in Lisbon in May.

Zasimauskaitė, 24, was selected by a special jury and viewers during the national finals at the Žalgirio Arena in Kaunas on Sunday night.

The Lithuanian entry will perform during the first semifinals in the Portuguese capital on May 8, competing with another 18 countries for the finals that is scheduled for May 12.