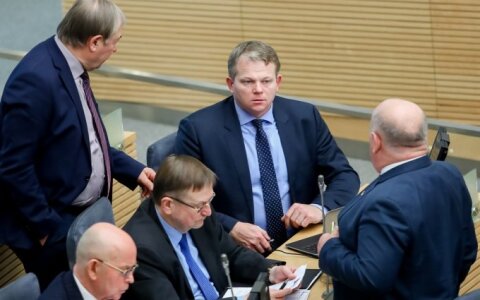 The Social Democratic Labor group in the Lithuanian parliament will propose three candidates to become the country's next justice minister after Milda Vainiūtė resigned on Tuesday.

Andrius Palionis, the group's head, did not name the candidates, but said that none of them is a member of the group and that two of them are lawyers and one is a politician who has in the pasts served as deputy minister.

Palionis said that they expect to discuss the candidatures with Prime