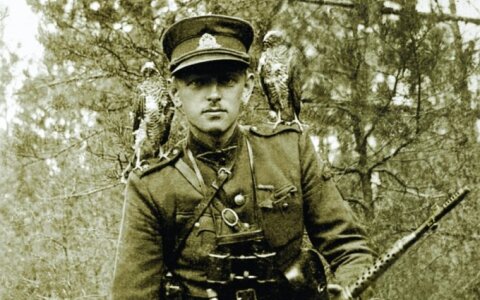 One of Lithuania's most prominent guerrilla leaders, Adolfas Ramanauskas-Vanagas, would have turned 100 on Tuesday, and Kęstutis Girnius, philosopher who wrote a book on Guerrilla Fighting in Lithuania, says that the attention given to the personality on the occasion shows an increasingly open approach of the nation towards the country's history.

"In part, there was a conscious ethnic amnesia, as this was an important but, at the same time, a controversial period of time. I believe that the attention to Ramanauskas is an attempt to take a more open stance on our past and admit that there were heroic episodes and that there were people det