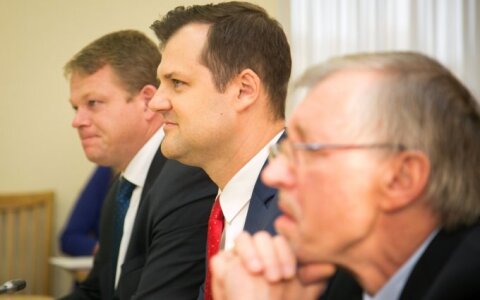 The Social Democratic Labour group in the Lithuanian parliament will propose a candidate to become the country's next justice minister after Milda Vainiutė stepped down on Tuesday.

The group said on Tuesday they would hold a meeting on Thursday to discuss potential candidates.

"We have spoken to Prime Minister Saulius Skvernelis and agreed that our group will propose its candidates for justice minister," Andrius Palionis, the group's head, said in a press release.