Justice minister undecided on future in government after president's criticism 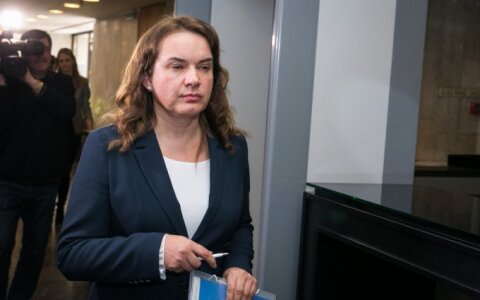 Lithuania's Justice Minister Milda Vainiutė says she is still undecided on resignation following the president's doubts in her competences for the position.

"There is no decision at the moment," Vainiutė told journalists at the government on Monday when asked whether she would step down.

Earlier on Monday, President Dalia Grybauskaitė said that the situation at the Justice Ministry and the Prisons Department when the ministry's employees and

Justice minister undecided on future in government after president's criticism