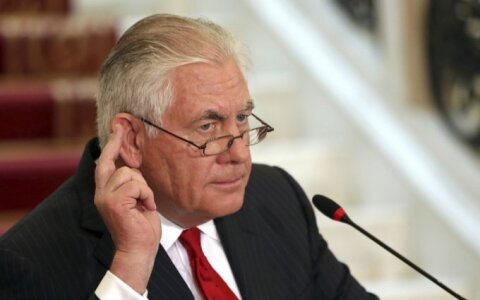 The foreign ministers of Lithuania, Latvia and Estonia will meet with United States Secretary of State Rex Tillerson in early March.

Spokeswoman to Lithuania's Foreign Minister Linas Linkevičius told BNS on Thursday that the meeting would take place in Washington D.C. on March 5.

The meeting will be he