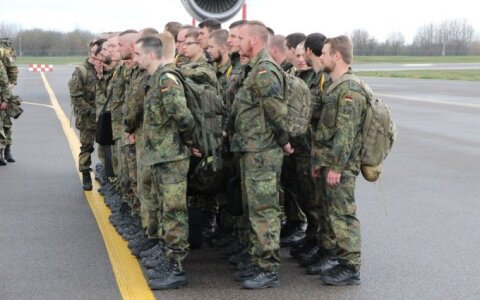 Lithuania will mark the 1st anniversary of the deployment of the NATO enhanced Forward Presence Battle Group in Rukla, eastern Lithuania, on Monday.

During the official ceremony at the Jonušas Radvila Training Regiment, troops from Germany, the Netherlands, Norway, Croatia and France as part of the battle group currently deployed in Rukla and Lithuanian platoon will line up on the parade area for a change of command.