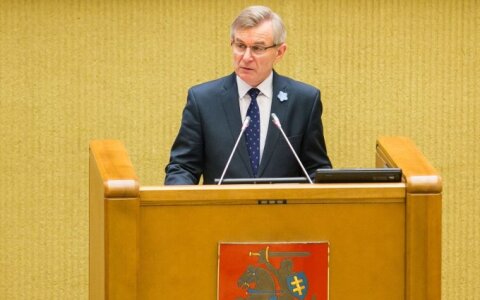 Amid disagreements of Lithuania's opposition on further commitment among parties to raise defence funding, Parliamentary Speaker Viktoras Pranckietis expressed hope for the deal to be signed.

In an interview to Žinių Radijas on Wednesday morning, he emphasized that the text of the agreement was still being harmonized, as the document was "rather declarative and non-binding" but needed as a signal for foreign partners.

"I believe we will reach consensus and the leaders of parti