Lithuania made a triple jump into becoming the European FinTech centre 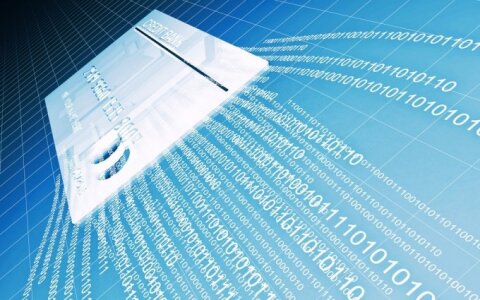 The fact about Lithuania as one the most favourable and friendly jurisdiction for FinTech companies, planning to offer payment service across the EU is spreading out. 30 electronic money institutions had activity licences issued by the Bank of Lithuania licenses in 2017, as in 2016 there were just 12. According the information, announced by the Bank of Lithuania on 29th January 2017, about 100 companies are on consultations about licencing opportunities in Lithuania and 19 are now under review. So what factors influenced such growth and interest in FinTech licensing in Lithuania?

Lithuania started its campaign to attract FinTech companies in early 2016, hoping to improve competition in its financial services market and EU. Over the past years, Lithuania has really made a considerable progress in creating a proper environment for the development of the FinTech industry: simplified procedures for obtaining licences for the activities of e-money and payment institutions have been approved, legal acts regulating peer-to-peer lending platforms have been adopted, Law on Crowdfunding was adopted by the Lithuanian Parliament. As a result, according the member of beard of the Bank of Lithuania Marius Jurgilas, in recent two years the market share of payment services, provided pay payment services providers, increased from 5 to 10 percent.

The year 2017 could be also marked as a significant in Lithuania FinTech market as the Bank of Lithuania also turned a new page in the Lithuanian history of payment services. It launched a payment system CENTROlink, opening up the possibility for financial institutions to offer their clients the most cutting-edge innovation in the field of payments – instant payments, available 24/7/365, including weekends and holidays. This was one more step made by the Bank of Lithuania by ensuring favourable conditions for innovations that could bring more convenient, reliable and cost-effective means of executing payments.

The strategic and responsive decisions made by the Bank of Lithuania were the key to FinTech's success in Lithuania in 2017. What is more, in 2017 the Bank of Lithuania was holding roadshows from Tokyo, Singapore to London and visible results are seen – one after another FinTech companies is seeking to get or are already getting Lithuanian licence for activity on whole EU-EEA. The half of more than 30 licenced FinTech companies in 2017 were of foreign investors.

Financial technologies is the area that brings Lithuania to the world. The increase of visibility, especially in Asia, and efforts to attract investors from South-East Asia were eyeing the Lithuania FinTech scene in 2017. There is no doubt that the potential of investors from Asia is huge. "During November-December we assisted by getting payment or e-money institution licences for 3 Chinese investors. Currently, we are working with another several companies from South-East Asia aiming to provide payment services across the EU", - says I. Karulaitytė-Kvainauskienė, attorney at law at ECOVIS ProventusLaw, a law firm is specialising in financial law and financial services licensing, payments, e-money, investment management law.

Lithuania's efforts to establish itself as an EU-friendly destination for global FinTech firms has received a boost with news that well-known Singapore-based payments outfit InstaReM has chosen Vilnius as its base for a push into Europe. In September 2017 InstaReM, which is already operating in more than 50 countries around the world, received an electronic money institution (EMI) license for the activity in the EU-EEA and the company will pump €3 million into Lithuania's booming FinTech scene.

Not only smaller FinTech players were interested in Lithuania as FinTech jurisdiction in 2017. The country is already home to global financial services companies including Barclays, Western Union and Nasdaq. In November 2017, the British FinTech star Revolut had announced that it has applied for its license through the Lithuanian central bank – just some months after it had announced about opening a finance centre in Lithuania and plans to recruit a team of up to 40 IT specialists in Lithuania.

In 2017 the Bank of Lithuania also launched FinTech Sandbox - testing regime, which enables FinTech companies to offer consumers innovative financial products and test business solutions, while the Bank of Lithuania will provide them with consultations. The Bank offers companies simplified regulations and licensing procedures and some supervisory requirements are not be applied. If the services work well in the test environment, companies are able later to start operating in normal conditions.

Most of FinTech companies are attracted here Newcomer program. The Bank of Lithuania applies a one-stop shop principle for meetings and consultations with potential financial market participants. Prior to launching a business or a new product, investors may check whether their plans are in line with legislative requirements.

All that is why Lithuania is becoming a centre of FinTech innovation in Europe after Brexit and has "jumped at the opportunity". As member of the board of Bank of Lithuania Marius Jurgilas stated in press conference on 29th of January 2018, most companies come from Great Britain, and this was largely due to the Brexit process, as these companies simply want to secure access to a single EU market. FinTech start-ups are taking advantage of the country's relatively relaxed regulations as they prepare to leave London. As it is noted by Bloomberg, foreign companies looking to enter Lithuania can do so two to three times quicker than if they applied to a rival country.

A permit to provide online payments can be received within three months and a full banking license in under six. Lithuania's FinTech scene is picking up momentum, making it likely new firms will continue to apply for licenses as the talent pool established and more companies move in. And as EU chief Brexit negotiator Michel Barnier stated in his speech in Brussels on 20 November 2017, that "Brexit means Brexit, everywhere", and there is no doubt remaining that UK banks, investment managers, payment service providers and other financial institutions will lose their "passporting rights" to do business in the European Union after Brexit. That is why being one of the most Euro optimistic country, Lithuania is considered as one of the most UK friendly states. Lithuania and primarily its capital Vilnius is becoming a new hub for the finance institutions focusing on European financial markets. Favourable regulatory and tax environment, excellent infrastructure, the fastest internet and quality English speaking talent pool makes Vilnius attractive for large international companies as well as FinTech start-ups.

It seems that market has entrusted Lithuania - foreign-owned companies are coming here and we will see if new regulatory innovations should facilitate more FinTech companies to come to Lithuania.

Lithuania made a triple jump into becoming the European FinTech centre