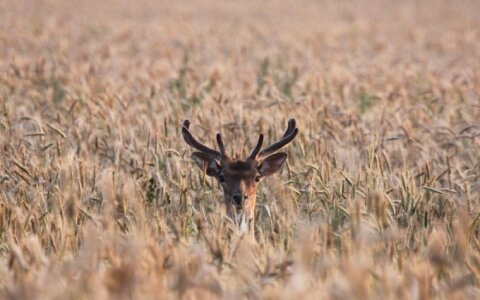 From the eighth century onwards, climate in Europe was becoming ever milder while the period from the 10th through the 13th century is often referred to as the “warm Middle Ages” or the “climatic optimum”. Summers were, on the average, one to two degrees Celsius warmer compared to the late 20th century, and precipitation was more abundant. The warm and humid climate enabled more intense development of agriculture and husbandry while also making use of new crops. By burning out sections of wood, people were rapidly expanding open areas for fields and grazing grasslands. Oat, wheat, barley, all suitable for drier climate, were the favourite corn, as well as the less-demanding rye. Archaeologists date the first traces of winter rye fields in the Samogitian Heights back at around the year 800.

When did the climate worsen in Lithuania?

In the 13th century, Lithuania was a land suitable for living with apparently unaggressive climate. Bartholomew of England, a Franciscan monk, was laconic while outlining the signs of the end of the "warm Middle Ages" in Lithuania in the first half