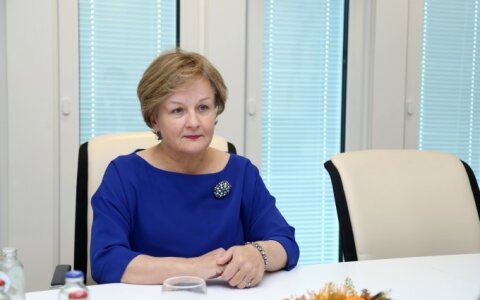 Published in the newsletter of EU-STRAT (http://eu-strat.eu), EU-STRAT is an international research project that studies the relationship between the European Union and the countries in the European Eastern neighborhood.

It has been expected in the European Parliament, that the EU-EaP Summit in Brussels would not be just a formal, stock-taking gathering focusing on the achievements such as association agreements, free trade agreements, visa-free travel, linking the EU with Ukraine, Georgia and Moldova. We have hoped that November Summit would mark a real breakthrough in the EaP policy.

Related articles
The “Russian Factor” in Germany’s policy towards the Eastern Partnership
Vytautas Keršanskas. What sort of European Union does Lithuania need?

On 15 November, the European Parliament adopted very constructive recommendations for the EU-Eastern Partnership Summit. The recommendations were approved by an overwhelming majority: 521 votes in favour, 114 against, 45 abstentions. I had the honour of drafting EP recommendations together with my colleague Knut Fleckenstein (S&D, Germany).

It is now clear that the Brussels Summit did not become a historic one. The Joint Declaration more likely reflects the agreement reached between the EU Member States and based on the principle of the 'lowest possible common denominator' rather than the political will and commitment to pursue ambitious goals and new dynamism in the EaP policy. The Summit did not become a benchmark, and only the signing of CEPA, the long-anticipated Comprehensive and Enhanced Partnership Agreement between the EU and Armenia, which is a step forward, has helped us to 'save the face'.

In his speech at the Summit, Antonio Tajani, President of the European Parliament, who is a member of the EPP political family, expressed strong support for the ambitious and forward-looking EaP policy and encouraged EU leaders to pursue the implementation of the EaP+ model for Ukraine, Georgia and Moldova.

On 23 November, the EPP Summit took place in Brussels on the eve of the EU-EaP summit. The EPP has endorsed the key provisions of the EP recommendations on the EaP policy, in particular, the EU support for the most advanced Eastern partners, Ukraine, Georgia and Moldova. The EPP President Joseph Daul stated: "We will continue to strongly support our partners and their European aspirations. We emphasize that the prospect of membership in the European Union is the driving force behind our partners' commitment to reforms and commitment to shared values ​​and principles. EPP will continue to maintain closer cooperation with the Eastern Partnership countries, in particular under the EaP+ model, which will ultimately bring them to membership in the customs union, the energy union, the digital single market, security and defence cooperation, reduced roaming tariffs."

A breakthrough: what the European Parliament offers to our Eastern partners

If the European Parliament recommendations would become part of the official EU policy, there would be a serious breakthrough in the EU's relations with the Eastern partners. Democracy and the free market area would undoubtedly be enlarged. Perhaps there will also be geopolitical changes in relations with Russia, who is aggressive towards our Eastern partners and still looks at them as if they are a part of Russia's 'hemisphere'.

A very concrete step forward proposed by the European Parliament is the EaP+ model. It would include the establishment of a Trust Fund, also New European Investment Plan and financial assistance instrument for the implementation of the association agreements. The fund would not be set up for all partner countries, but only for the most advanced in the area of ​​reform, namely Ukraine, Georgia and Moldova. It is expected that if these countries do their homework appropriately, they could eventually join customs, energy and digital unions, even the Schengen area, enjoy reduction of roaming charges. Certainly, it is essential for the Eastern partners to implement the agreed reforms.

The European Parliament proposes to further promote and support economic reforms in the EaP countries. Those reforms would eliminate monopolies, limit the role of the oligarchs, and allow more effective combating money laundering and tax evasion. On the other hand, it is now clear that some countries, say, Belarus or Azerbaijan, are not in a hurry to pursue economic and political reforms. That is why in the EP recommendations we stress the importance of differentiation and implementation of the principle 'more for more and less for less'. The approach 'one size fits all', which has been used at the beginning of the implementation of the EaP policy is not workable and is counterproductive.

In the area of ​​foreign policy, we propose to continue to put pressure on Russia to resolve the 'frozen' conflicts in eastern Ukraine, the occupied Georgian regions of Abkhazia and South Ossetia, and Transnistria in Moldova. In the recommendations, we also suggested supporting the deployment of the OSCE police mission in Eastern Ukraine.

A critical point for Lithuania is that the EU is encouraged to closely monitor the development of the Astravyets nuclear power plant in Belarus and to ensure its full compliance with international nuclear safety and environmental agreements and obligations.

Dr. Laima Andrikienė is a Member of the European Parliament (EPP, Lithuania), Member of the EP Committees on International Trade and Foreign Affairs, Subcommittee on Security and Defence; she is 1st Vice Chair of the EP Delegation for Relations with Central Asia.