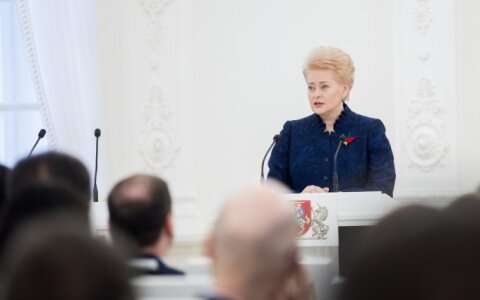 Lithuanian President Dalia Grybauskaitė, who is in Davos for the World Economic Forum, says that Russia will remain aggressive and destabilizing after the upcoming presidential election in the country.

"What we can expect: it's predictably aggressive and predictably destabilizing. That's what we will face this year," she said during a discussion on Central and Eastern Europe.