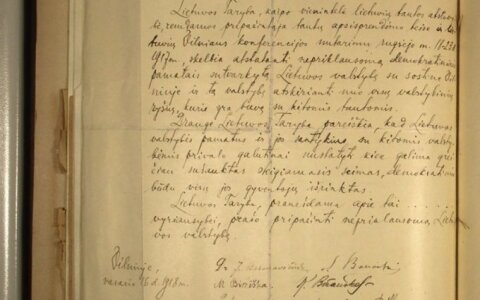 Germany's representatives officially handed over the February 16 of 1918 Independence Act on restoration of Lithuania's statehood to Lithuania on Wednesday.

The solemn handover protocol was signed by Lithuania's chief archivist Ramojus Kraujelis and professor Elke von Boeselager, the head of the political archive of the German Foreign Ministry, at a ceremony at the President's Office.

Among participants of the event was Lithuania's President, G