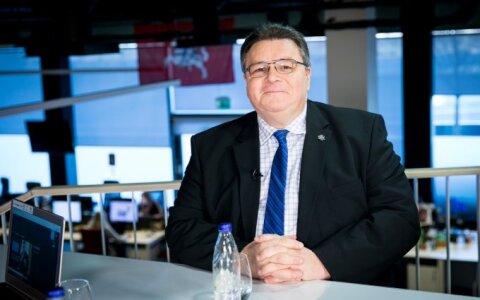 Jews were highly important to the Lithuanian state, the country's Foreign Minister Linas Linkevičius said at the Tuesday's meeting with David Harris, the head of the American Jewish Committee.

"Creation and consolidation of the Lithuanian state 100 years ago cannot be imagined without the contribution of Jews. We respect Jewish traditions and foster the Jewish heritage," the Lithuanian Foreign Ministry cited him as saying at the Vilnius meeting.

The meeting, which was also attend