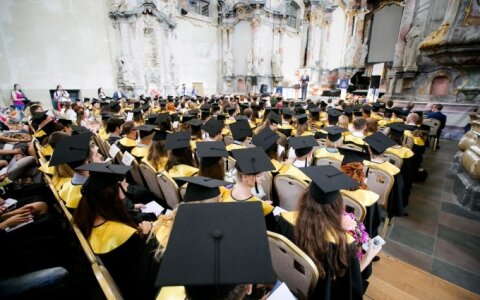 On January 11 the General Assembly of Part-Owners (GAPO) and the Governing Board (GB) of the European Humanities University (EHU) submitted an official proposal to the Ministry of Education and Science of Lithuania for a mutually acceptable roadmap agreement that will allow EHU to continue operations in Vilnius.

The roadmap proposal, signed by GAPO Chair Horton Beebe-Center, GB Chair Per Carlsen and Acting Rector Prof. Aliaksandr Kalbaska, includes provisions on the implementation of the recommendations of the institutional evaluation report, a press release from EHU states.

University leadership continues to maintain close cooperation with the Government of Lithuania, aimed at the regulating status of the Belarusian University in Exile in Vilnius.

After EHU was shut down by Belarusian authorities in 2004, the University accepted an invitation of the Lithuanian Government to relocate to Vilnius. After receiving an official University status in Lithuania in March 2006, EHU made sure that 2124 Alumni were able to graduate from University's degree programs in fields of humanities, social sciences and arts.