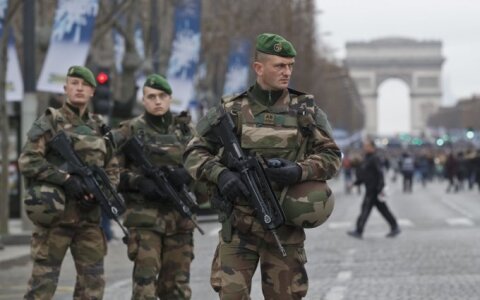 Almost 300 French troops have been deployed to Lithuania as part of NATO's multinational battalion.

The first group arrived in Lithuania in late December and the last one came on Wednesday night, Major Mouasso Milla Arnaud of the French contingent told BNS on Thursday.

"All the contingent has already arrived," he said.