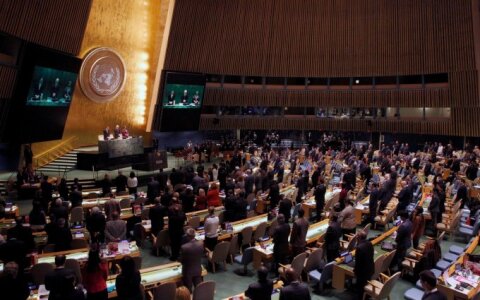 Lithuanian President Dalia Grybauskaitė did not consult the government before making her decision to vote in favor of a UN resolution rejecting US President Donald Trump's recognition of Jerusalem as the capital of Israel, Prime Minister Saulius Skvernelis said on Thursday.

"Some decisions are made without the government's knowledge. The vote in the United Nations revealed a lack of cooperation on this matter. The government did not discuss this issue," he told the Žinių Radijas radio station.