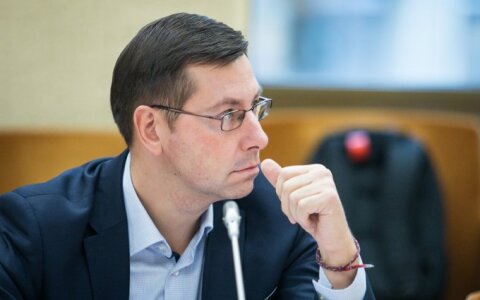 MP Gintaras Steponavičius has dismissed as unfounded interpretations prosecutors' suspicions that the Lithuanian Liberal Movement's 2016 parliamentary election campaign was partially financed from funds of Laisves Studijų Centras (Centre for Liberty Studies), saying that the centre's projects were separated from the political party's activities.

"I am surprised by this kind of interpretation, because it seems to me that the projects carried out through Laisvės Studijų Centras were separated from party activities," Steponavičius told BNS on Thursday.