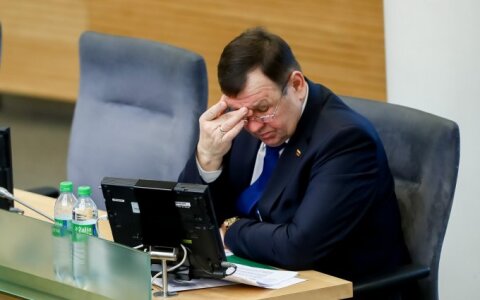 Lithuania's Parliamentary Speaker Viktoras Pranckietis and leaders of many parliamentary groups say they believe the mandate of MP Kęstutis Pūkas will be revoked after the Constitutional Court ruled he violated his oath by sexually harassing women during job interviews.

"The Constitutional Court clearly stated that he violated the Constitution and breached his oath of office. Later in the afternoon, we will announce the conclusion and will submit it for the Jan. 12 session. I believe that the parliament will revoke the mandate, we could check, there were clear m