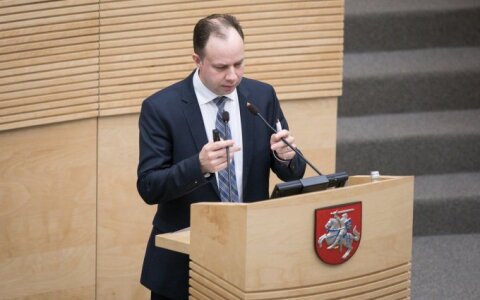 Lithuanian Health Minister Aurelijus Veryga survived on Thursday an interpellation procedure launched against him in the parliament by the opposition.

The Seimas passed, in a vote of 68 to 33 with four abstentions, a resolution to accept his interpellation answers.

The minister received the backing of lawmakers from the ruling Lithuanian Farmers and Greens Union (LFGU), the Lithuanian Social Democratic Labour political group, the oppositi