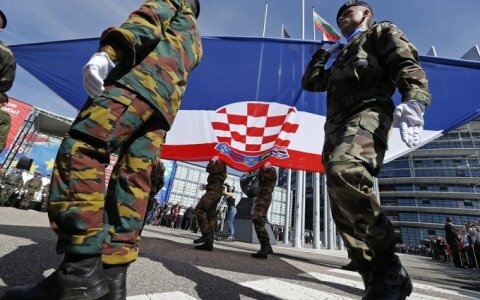 A Croatian soldier passed away in an international NATO battalion stationed in Rukla, central Lithuania, on Tuesday, the Lithuanian Defence Ministry said on Wednesday.

According to preliminary reports, the soldier was found dead in his room by his colleagues. An investigation into the death has been launched by Lithuania's law-enforcement institutions.

The man's family have been notified of his death. Top officials of the Lithuanian defence system conveye