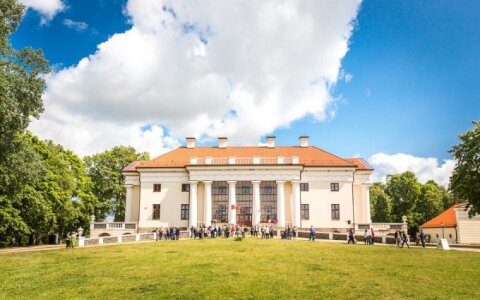 In the Northern part of Lithuania which is notable for its brewery traditions and the cuisine of noblemen, on the right bank of the Kruoja River, there is a manor of classist style which was included in the Record Book as the biggest complex of manor buildings that has survived to the modern day in Lithuania. Here one can delve into the manor style life any season – in summer, and during the nocturnal shepherding event, also during the Christmas season and while listening to the fairy-tale about the Nutcracker and stories about noblemen fon Ropus, about the miracles of technology of that time, a wind mill or even the moustache of the Lithuanian Robin Hood, Tadas Blinda. Pakruojis Manor has been announced the Destination of Excellence of Lithuanian Cultural Tourism 2017, a press release from the Department of Tourism states.