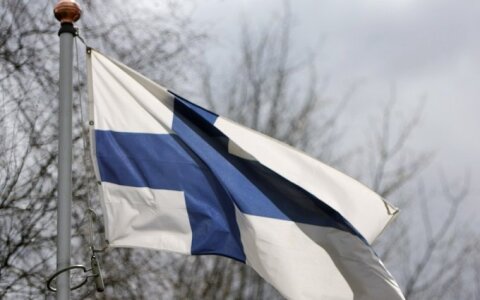 The 100-year anniversary of Finland's independence will be celebrated in Lithuania on Wednesday.

To mark the occasion, the national flags will be hoisted at state and municipal institutions and offices, with the flags of Lithuania and Finland put up in Lukiškių Square in Vilnius.

The Lithuanian government decided in November to invite the residents of Lithuania to hoist the national flag for Finland's independence centennial.

The ceremony in Lukiškių Square should be attended by Parliamentary Speaker Viktoras Pranckietis, Finland's Ambassador in Lithuania Christer Michelsson, troops of the Lithuanian army's Guard of Honour, Lithuania's army orchestra and the public.

Finland declared its independence from Russia on Dec. 6 of 1917.

Shortly afterwards, Lithuania also declared independence on Feb. 16 of 1918, followed by Estonia on Feb. 24 and Latvia on Nov. 18 of the same year.