Urges to get involved with social business 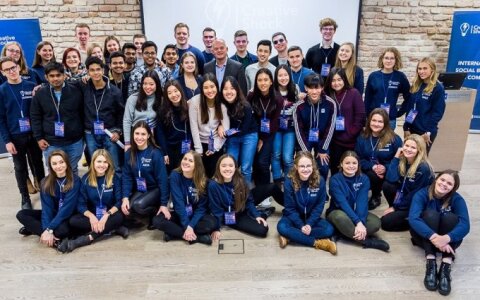 Organized for the seventh time by students of ISM University of Management and Economics, the international social business case competition "Creative Shock" once again invites students from various countries to come to Vilnius and to compete in a four-day finale, where they will solve problems of real-life social businesses, according to a press release by ISM University of Management and Economics.

The initiative was started back in 2011 and attracted 178 young people from Lithuania. This year, there were 1224 participants from 102 countries of Europe, Asia, Africa, South and North America. "Creative Shock" traditionally attracts students from the best universities of the world – last yea

Urges to get involved with social business