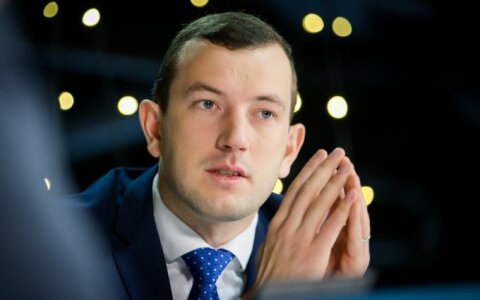 Virginijus Sinkevičius was sworn in as Lithuania's new economy minister in the parliament on Tuesday.

The 27-year-old member of the ruling Lithuanian Farmers and Greens Union (LFGU) is the youngest minister in Lithuania's post-independence history.