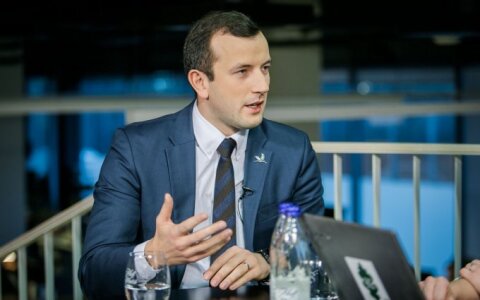 Lithuania's President Dalia Grybauskaitė is on Monday meeting with Virginijus Sinkevičius, chairman of the parliamentary Economic Committee who has been nominated for minister of economy.

Sinkevičius, 27, has been proposed by Prime Minister Saulius Skvernelis. If endorsed by the president, the politician will become the youngest minister in Lithuania's post-independence history.