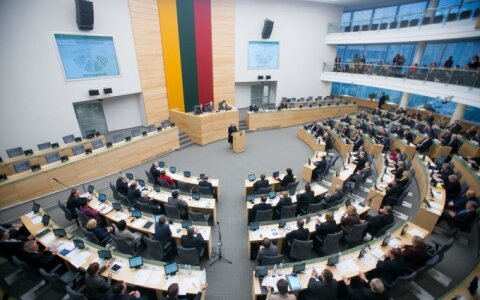 The Lithuanian parliament adopted on Thursday a resolution suggesting 44 names for inclusion in the so-called Sergei Magnitsky list of people to be barred from entering the country.

The resolution passed with 83 votes in favour, none against and one abstention.

"This resolution calls on the government to blacklist those people who specifically contributed to the murder of Magnitsky. We would then really have a Magnitsky list," Conservative MP Gabrielius Landsbergis, th