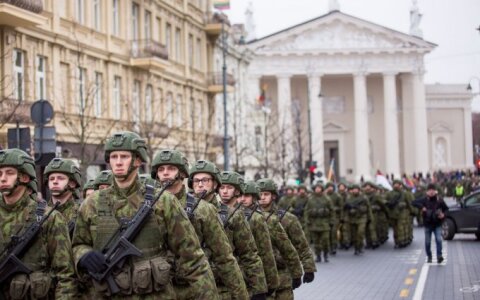 A series of events are planned in Lithuania on Thursday to celebrate the Armed Forces Day and the 99-year anniversary of the army.

The main event is traditionally scheduled to take place at the Cathedral Square in Vilnius at noon – a line-up of Lithuanian and Allied troops, followed by a parade along the central Gedimino Avenue to the Independence Square.

The line-up will include troops of Lithuania's Armed Forces an