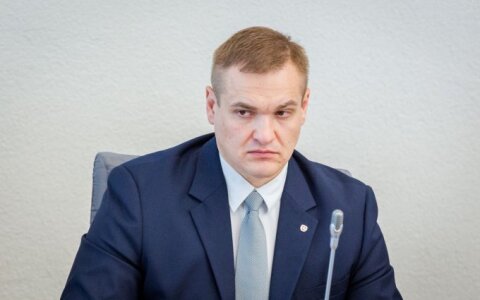 Lithuania's Interior Minister Eimutis Misiūnas has pledged to look into the reasons why the police was notified about the allegedly drunken condition of MP Linas Balsys after he had already left the parliament building by car, also planning to find out why the security let him leave.

"I cannot comment on why the VIP protection people only reported it 20 minutes later. Maybe they were not certain or possibly did not see clear signs, maybe they didn't read the media. However, if they were certain (about his drunken condition), they should not have let him, regardless of the MP