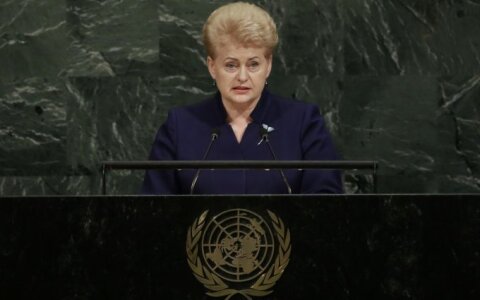 Lithuania's President Dalia Grybauskaitė ranks 68th among the world's 100 most powerful females published by the US magazine Forbes.

The magazine noted the Lithuanian leaders rigid stance on Russia and her efforts to undermine Moscow's influence in the energy sector.

"Lithuania's first female president (and the only president to be elected to a second term), Grybauskaite has built a reputation as a stalwart critic of Vla