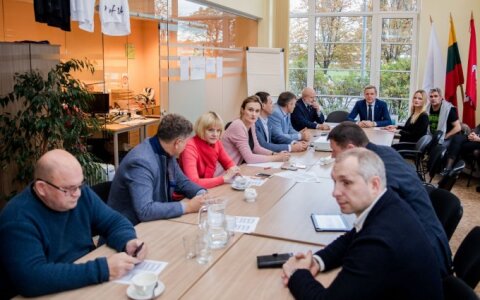 Leaders of the Lithuanian Liberal Movement tends to preserve the party, however, the final decision will be made by the party's council next week, says acting leader Eugenijus Gentvilas.

"The dominant understanding today was that the party stands accusations, the party has to withstand it," Gentvilas told journalists after a three-hour meeting on Thursday evening.

In his words, other types of behavior could be viewed as an attempt to avoid responsibility.