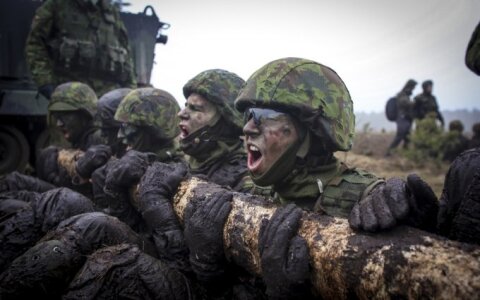 Troops of the patrol unit of the Lithuanian Mechanized Infantry Brigade Iron Wolf have won a silver medal in the annual patrol exercise Cambrian Patrol 2017 held in the United Kingdom.

On October 14-16, the Lithuanian patrol troops were in one group with their colleagues from Ireland, England, Chile, the Netherlands and Wales. Out of the 16 teams that started in the group, 13 reached the finish line. This year's exercise involved more than 1,000 troops from 28 countries, includ