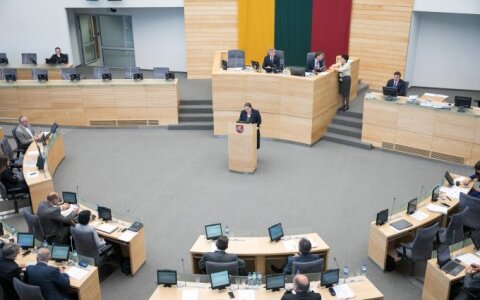 The popularity of Lithuania's President Dalia Grybauskaitė saw a slight decline in September from the earlier month, while the ruling Lithuanian Farmers and Greens Union and the opposition conservatives enjoy roughly the same support among political parties, shows a survey conducted by RAIT pollster for BNS Lithuania.

The number of those favoring Grybauskaitė fell from 66 percent to 60 percent, while the dislike rate was at 15 percent.

Immediately before and during the survey, the large-scale Russian-Belarusian exercise Zapad 2017 was the top topic, and the president's critics censured her for flying of