President off to EU summit to discuss Brexit, EU reforms 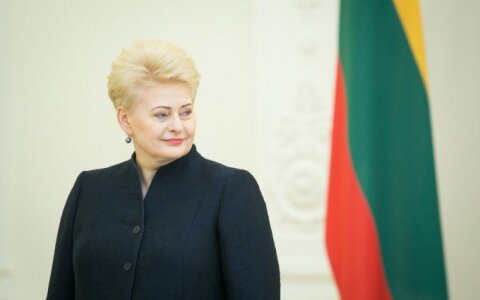 Lithuania's President Dalia Grybauskaitė is Thursday leaving for the European Union's (EU) summit, which will discuss talks on the United Kingdom's exit from the organization and the bloc's plans for reforms.

Diplomats say the discussions should focus on the transitional periods after Brexit and Britain's future financial contributions.

EU leaders should decide whether negotiators can already proceed to discussing trade relations with Britain, as the step can only be taken after securing suffici

President off to EU summit to discuss Brexit, EU reforms