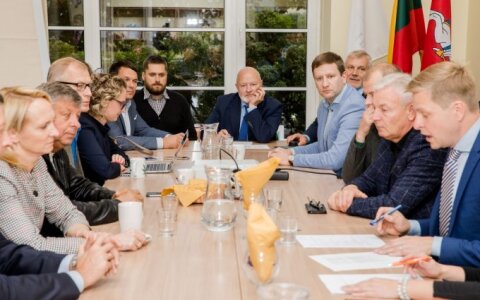 At a meeting of the Liberal Movement
Foto: DELFI / Karolina Pansevič
aA

A task force of the Lithuanian Central Electoral Commission (VRK) has proposed finding the Liberal Movement guilty of gross violations of the law on financing of the election campaign, VRK leader Laura Matjošaitytė confirmed to BNS.

"After studying the pre-trial investigation data and receipt of additional information from the party and other persons, the task force is submitting a proposal to list the costs of the January 16-24 of 2016 training organized by the public establishment Taikomosios Politikos Institutas as spendi