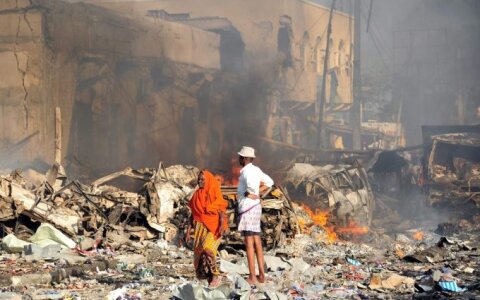 After the terror attack in Somalia
Foto: Scanpix
aA

"The entire international community as a whole fights terrorism in all its forms and manifestations, and we must continue our concerted efforts," the ministry said in a press release published on Monday.

A truck bomb exploded outside the Safari Hotel in Mogadishu last Saturday, flattening b