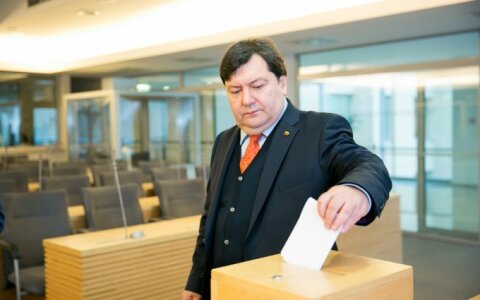 Lithuania's conservative MP Emanuelis Zingeris on Tues day lost the race for presidency of the Parliamentary Assembly of the Council of Europe to a parliamentarian from Cyprus.

"The Cypriot secured 132 votes, while Emanuelis was supported by 84," Kęstutis Masiulis, another Lithuanian parliamentarian present at the assembly, told BNS.

The Lithuanian was nominated by the group of the European People's Party representing right-wing forces, however, he failed to secu