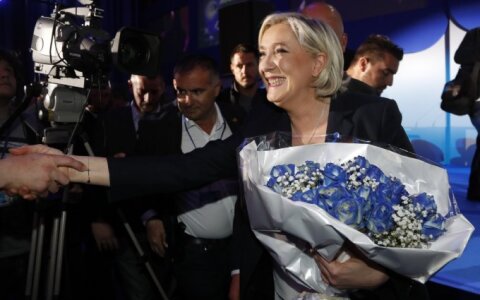 The narrative about the Great Patriotic war (1941-1945) is still important for Russia's inhabitants. Russian sociologist Lev Gudkov observed that this historical event is on the top in the mass consciousness of Russian society. It nothing unusual that modern Kremlin propaganda uses it for its own purposes.

The Great Patriotic war ended 72 years ago but Moscow still "fights Fascism and Nazism". The Kremlin sees signs of the mentioned evils everywhere. After the Soviet Union collapsed, Moscow accused (and continues to accuse) the Baltic States of "re-establishing Fascism and Nazism". In fact, the mai