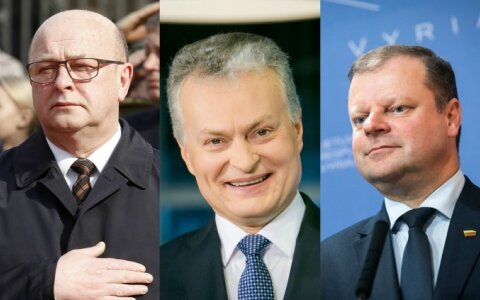 According to the poll by Spinter Tyrimai (Spinter Surveys), Skvernelis would secure 13.5 percent of votes, Nausėda would get 9.9 percent and and Matijošaitis would be supported by 9 percent of respondents, if elections were held on the nearest Sunday. The list is continued by the European Union